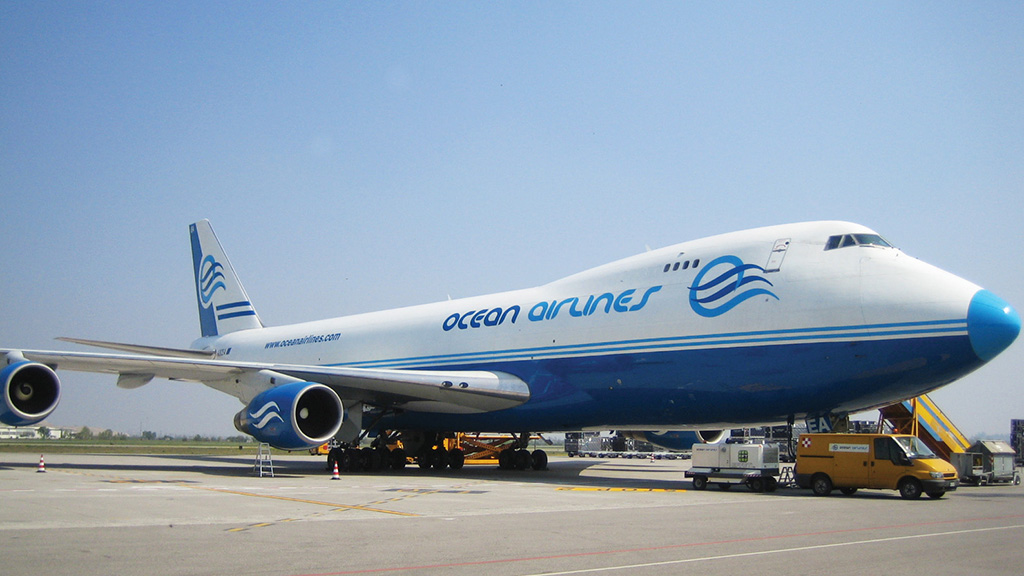 The hump-backed Boeing 747 is one of the most famous passenger jets of all time, known as the “jumbo jet” or “queen of the skies”. The plane was developed by plane manufacturing giant Boeing in the mid twentieth century, and has been extensively used by NASA and the US military, as well as the military of numerous other countries.

The 747-200 was specially designed to increase the range of previous models. While the 747-100, powered by Pratt & Whitney JT9D-3A engines, offered enough payload and range for domestic operations, the improved 747-200 featured more powerful engines as well as greater range and MTOW. The 747-200F was the cargo version of the model, specially designed for bearing heavy and bulky freight over long distances. The 747-200 was also manufactured in passenger (-200B), combi (-200M) and convertible (-200C) versions. The 747-200F, which had a capacity of 105 tons (95.3 tonnes), first entered service in 1972 with Lufthansa.

In 1985, the Reagan Administration ordered two identical 747s to replace the White House’s Boeing 707s, which had served as Air Force One since 1962. Interior design was by First Lady Nancy Reagan, who took inspiration from the American Southwest. The aircraft, designated VC-25A, were finally delivered in 1990, during the administration of George H. W. Bush.

Boeing Commercial Airplanes, part of the Boeing Company, manufactured the 747-200. The Chicago-based multinational corporation designs and manufactures airplanes, rotorcraft, rockets, and satellites. Boeing is one of the world’s largest aircraft manufacturers, the second-largest defense contractor in the world, and the largest exporter in the United States.

Boeing has long roots, reaching as far back as 1910 when William E. Boeing, a wealthy lumber merchant and airplane enthusiast, bought a shipyard in Seattle which became his first aircraft factory. Within seven years, Boeing was a crucial figure in the US airplane industry, and had sold 50 planes to the US military.

James Bond, played by Daniel Craig, saved the passengers and crew of a 747-200 in the movie Casino Royale (2006). The plane used, formerly belonging to British Airways, is parked at the Dunsfold Aerodrome in Surrey, UK, and has featured in a number of films and TV shows.

The Evergreen 747 Supertanker, a modified 742-200, is the largest firefighting aircraft in the world. It can hold up to 20,000 gallons of fire-retardant chemicals.

The VC-25s used as Air Force One by all US presidents from George H. W. Bush onwards are actually heavily modified 747-200s. The 3-story mega-jets contain a conference room, dining room, private quarters for the president, offices for senior staff members, a medical operating room and two food-preparation galleys capable of providing 100 meals.

The Wright brothers could have fitted their historic first flight into the body of a 747-200. In fact, if the plane was a passenger model they would not have needed to leave economy class, which is 150 feet (45.7 m) long. In 1991, a 747-200F made history by carrying 1,122 passengers; more than any other plane in history. The cargo jet, which belonged to El Al, was used as part of a secret military operation, Operation Solomon, to transport the entire Jewish population of Ethiopia – 14,325 men, women and children – to Israel in 36 hours.

Numerous websites sell Boeing 747s. However, as only 393 Boeing 747-200s were built in total, and many of these have now been scrapped, sales of the 747-200F are fairly rare. Websites avbuyer.com, globalplanesearch.com and aircraft24.co.uk all had a Boeing 747 available when this article went to press, and aircraft24.co.uk was offering a 747-200, though not the 747-200F model but the passenger version. Ebay even sold a 747, a Virgin aircraft known as Lady Penelope, in 2016.

If you would like to charter a Boeing 747-200F, please visit cargo charter page. 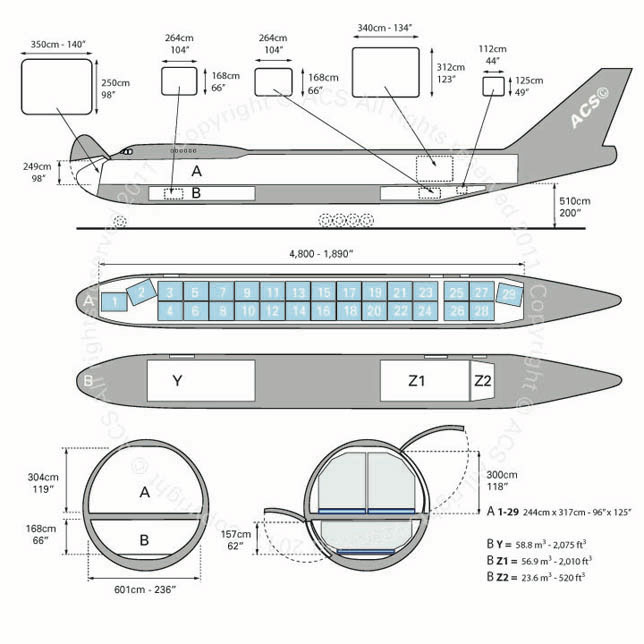